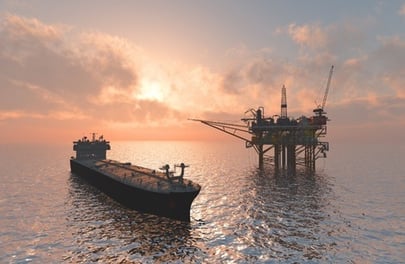 mineral leases. In August of 2016, DNR released for public comment the most recent version of its proposed new lease form. The proposed form contains a number of changes, two of which are significant.

Under the existing state lease form, royalties are calculated as a percentage of the “value” of all oil produced from the lease. The “value” of the oil for calculating royalty is determined using the average price for oil of like grade and quality in the field or, if there is no price in the field, the average of prices posted in the three nearest fields. This is an objectively verifiable formula. In contrast, the proposed lease gives the State the right to manipulate the “value”, and thus the royalties owed, by shopping all oil markets for the best price. The new form provides that in determining the “value” of oil, the State “may consider” a host of factors, including the prices for multiple market postings/indices (such as Light Louisiana Sweet), the prices at “major oil market centers” (such as the St. James market), “any amalgamations of field posted prices,” and “any market adjustments.” This language is extremely broad and ambiguous and, if adopted, will have serious financial impacts on mineral lessees. The lessee would have no way of knowing it had correctly calculated the mineral royalty on oil produced from the lease. DNR, as lessor, could audit the lessee a year (or more) after production and cite any number of “market conditions” that it believes justified a higher value for the oil than the lessee received from its purchaser. Indeed, as currently written, the State could base its “value” on any oil market in the world, regardless of price for the oil actually received by the producer. The lessee would then owe additional royalties based on this higher value, effectively increasing the percentage royalty agreed to by the State in the lease. The proposed method of calculating the “vale” of oil in the proposed lease form is not practicable, and could have a substantial negative impact on industry. Lessees are not capable of transporting their oil to whatever market happens to have the best price that month, so adjusting the value of the oil based on the prices in markets on the opposite side of the state is patently unfair to the lessee. Likewise, companies will be reluctant to make exploration and production investments without knowing, on the front end, what percent of the proceeds received from the sale of production will be owed to the lessor.

There is hope that the lease provisions discussed above will be revised. Over 70 oil and gas related companies submitted letters to DNR opposing the provisions and suggesting practicable changes. The public comment period for the most recent draft of the proposed lease form ended on August 31, 2016. Based on the comments received, DNR has again revised the proposed lease form. The new revisions are being released for review and public comment in four groups, with a separate public meeting for each group. The assignment and royalty provisions discussed above are part of the third group and fourth group, respectively; the public meetings for the third group and fourth group are July 12, 2017 and August 9, 2017. We will continue to monitor this development and post updates to our website as they become available (www.carverdarden.com). If you have any questions regarding the proposed lease form or your own lease, please contact the firm at (504) 585-3800.

For additional resources, check out: