On May 28, 2021, the Treasury Department issued its “General Explanations of the Administration’s Fiscal Year 2022 Revenue Proposals”. Treasury’s Explanations, referred to as the “Green Book”, provides details of the Biden Administration’s tax policy proposals (the “Proposal” or “Proposals”). The full text of the 2022 Green Book can be found at:

This summary will focus on those proposals that we consider to have the greatest impacts on our clients. We will only briefly touch on certain aspects of the proposal, such as foreign tax considerations. We will also comment on the proposed changes, including noting various provisions of the tax law that were rumored to be targeted for repeal or change, but are not included in the Proposals. Remember - these are only proposals and the final changes in the law will not be effective until voted on by the House and Senate, and allowed to become law (either through signature or inaction) by the President. While no one can predict what the final law will be, the one prediction of which we are 99.9% confident is that the final changes will be different than the Proposals made by the Administration.

Noticeably absent from the Proposals are the following, which had been identified by Biden as possibilities for amendment or repeal during the 2020 campaign and on into early 2021:

(4)        The elimination of miscellaneous itemized deductions continues; and

Although the above items are absent from the Proposals, it is possible that one or more of these items will be considered prior to final passage. For example, just yesterday, June 15, Senator Ron Wyden announced that he would propose an income limitation to the Section 199A business income deduction for pass through entities. His proposal calls for the phaseout to begin at $400,000 of income at the individual level, with a total elimination of the deduction at $500,000.

The below summary will focus in order on those Proposals we feel will have greatest impacts on our clients:

Corporate Tax Rate Increase
The corporate tax rate would increase from 21% to 28%. The increase would apply only to entities taxable as “C” corporations under the Internal Revenue Code. The 2017 Act eliminated brackets for corporate income and imposed a flat tax at 21%. The Proposal would simply increase this flat rate to 28%.   The Proposal would be effective for taxable years beginning after December 31, 2021. For fiscal year corporations with tax periods in both 2021 and 2022, the tax rate would be 21% plus 7% of the portion of the taxable year that occurs in 2022.

Individual Income Tax Rate Increases
For married filing jointly filers and for single filers, under current law, the maximum rate of 37% applies to income over $628,300 and $523,600, respectively. The 37% maximum rate sunsets in 2025 and returns to 39.6%. The Proposal calls for a 39.6% rate to be applied to taxable income in excess of the 2017 top bracket thresholds, which are $509,300 and $452,700 for married filing jointly filers and single filers, respectively. The proposed effective date is January 1, 2022. After 2022, the thresholds would be indexed for inflation.

COMMENT: Though not addressed in the Proposal, presumably the thresholds for the lower brackets would be reduced to 2017 levels as well.

Taxation of Capital Gains
Current law taxes long term capital gains and qualified dividends at a maximum rate of 20% (23.8% if the taxpayer is subject to the 3.8% net investment income tax - referred to as the “Obama Tax”). The Proposal would tax long term capital gains and qualified dividends to the extent a taxpayer’s taxable income exceeds $1 million ($500,000 for single filers) at the maximum ordinary income tax rate, currently 40.3% (this rate includes the 3.8% net investment income tax) - would be increased to 43.4% under the Proposals. Thus, for example, a taxpayer who has $700,000 in earnings and $400,000 in long term capital gains would pay the tax at the preferential 23.8% rate on $300,000 of the gain and up to 43.4% on $100,000 of the gain. The Proposals identify an effective date of the “Announcement” - which would be April of 2021 and therefore retroactive. However, if passed, it is more likely the effective date will be the date of enactment OR January 1, 2022.

Partial Repeal of the Basis Step Up Rules of Code Section 1014
Of all the Proposals made by the Administration, this Proposal could possibly have the greatest effect on the largest number of individual taxpayers on a going forward basis. Under current law, upon the death of a taxpayer, that taxpayer’s heirs are entitled to increase the tax basis of property inherited from the deceased taxpayer to its fair market value as of the date of the taxpayer’s death. This basis step up rule has been a fixture of US tax law for over 100 years. The Proposals call for the following:

COMMENTS: First, this Proposal would probably affect the largest number of taxpayers out of all the proposed changes in the Administration’s plan. Attempts to repeal the step up in basis rule failed in 1976 during the Carter administration and during the Obama administration. There are many unanswered questions regarding the application of the Proposal, and enforcement would be a daunting task for the IRS. Expect to see either major changes or failure of this proposal to become law.

Net Investment Income Tax and Payroll Taxes - Pass Through Entities
Under current law, the 3.8% Net Investment Income Tax (NIIT) is due on investment income of taxpayers who have taxable income in excess of $200,000 ($250,000 for joint filers). The NIIT does not apply to self-employment earnings. Self-Employment earnings are subject to social security taxes of 12.4% on such income (capped at $142,800) and the 2.9% Medicare tax that is not capped. Under current law, S Corporation income is not subject to the NIIT, social security taxes, and Medicare taxes. The Proposal calls for S corporation distributive share income to be subject to either payroll taxes or the NIIT. The measure is the “material” participation of the shareholder in the business of the Company. The same rule would apply to limited liability companies taxable as partnerships. The Proposals would apply only to taxpayers with income over $400,000. The effective date would be January 1, 2022.

Repeal of Like Kind Exchanges
The 2017 Act repealed like kind exchanges for tangible personal property, with exchanges in real estate continuing. The Proposal eliminates the ability to enter into a like kind exchange for real estate. There would be a $500,000 per person annual exemption ($1 million for joint filers) - this exemption is calculated on the basis of the fair market value of the exchanged property. The effective date of this proposal would be January 1, 2022.

Miscellaneous Proposals
Out of the Proposals made by the Administration, we considered the above Proposals to be of the greatest interest to our clients. Below is simply a listing of these proposals - please visit the Green Book if you are interested in further detail -
https://home.treasury.gov/policy-issues/tax-policy/revenue-proposals:

If you have any tax related questions, please contact tax partner Jay Lobrano. 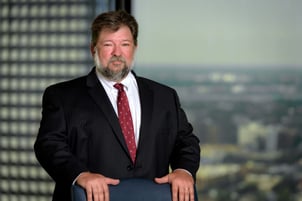