Although enacted into law in 1938, the Fair Labor Standards Act (“FLSA”) was for many years something of an afterthought in 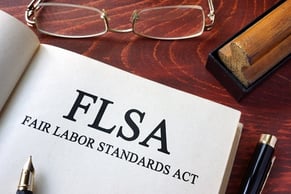 employment law. In mid-century, the National Labor Relations Act, with its focus on collective bargaining and labor-management relations was where the action was, before giving way to the race and sex discrimination cases under Title VII which assumed prominence as the twentieth century closed. Indeed, when this employment lawyer began practicing in the mid-1990s, he never encountered a wage and hour claim. That is no longer the case.

From 2000 on, things changed dramatically. Federal wage and hour case filings increased every year until 2015, growing from 1,935 filings in 2000 to 8,871 in 2015—an increase of over 350%. Filings leveled off in 2016, but the year still boasted the second most filings ever. And the upward trend in wage and hour suits is expected to resume once 2017’s final numbers are tallied.

So, what drove the spike in wage and hour filings? For one, the workplace changed. With private-sector unions becoming less common, fewer employees have the option of consulting with shop stewards or utilizing collectively bargained for internal grievance procedures to resolve disputes. This drove disgruntled employees to government agencies, such as the Department of Labor’s Wage & Hour Division. Businesses have also engaged in more creative ways of getting the work done while keeping payroll and benefits costs down. For example, more companies use contract labor, with workers classified as “independent contractors.” And employees are increasingly characterized as “salaried” rather than hourly, often with showy titles but actual duties bearing a discomfiting resemblance to those traditionally performed by the hourly rank-and-file.

Both the Department of Labor’s Wage & Hour Division and private plaintiffs’ attorneys began to catch on. By arguing that individuals treated as independent contractors or exempt supervisory employees should have been classified as non-exempt hourly workers, employees could often present enormous litigation risks, and whether the workers were happy with the way they were classified was irrelevant. Indeed, paying higher compensation to an independent contractor or salaried employee only increases the company’s exposure in the event of a successful challenge.

As applied in wage and hour cases, math is the employer’s enemy. For example, a worker accurately classified as an independent contractor could be paid $5,000 for a week in which he worked 50 hours, a rate of $100 per hour. If that worker was found to be misclassified, the generous hourly wage rate merely leads to greater exposure on the overtime rate, as it will be assumed that the “employee” is entitled to an additional $50 for each of the ten hours of “overtime.” Given the two (or, in some cases, three) year lookback period and the ability to round up multiple employees into a “collective action,” potential exposure can mushroom, especially since the FLSA allows for successful plaintiffs to recover double damages and their attorneys’ fees. It’s a wonder it took the plaintiffs’ bar so long.

Even where an employee's underlying grievance has nothing to do with wage and hour law, enterprising plaintiffs' attorneys inquire regarding topics as trivial as their clients' lunch breaks as a weapon to increase case value. The FLSA allows such breaks to be uncompensated but only if they are "bona fide" - typically 30 minutes or more - and "uninterrupted" - no answering the phones or sitting at a help desk while eating. Even relatively insignificant violations can be powerful tools because even insignificant violations can open the door to an attorneys' fee award much larger than the underlying violation.

Much like the Native Americans were “discovered” by Columbus, the FLSA has always been there. But as the plaintiffs’ bar has taken full notice of the FLSA, businesses often find themselves vexed by one of the oldest employment laws on the books.  If you are unsure if your workers are accurately classified or your compensable time policies are FLSA-compliant, you should consult a management-side attorney before suit is filed or the Department of Labor comes calling. 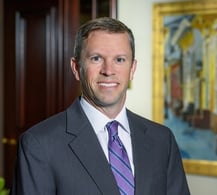