The new Tax Cuts and Jobs Act “TCJA” has raised numerous questions for employers, ranging from how to adjust employee withholding to how to take advantage of the new pass-through deduction. The TCJA allows for a deduction of the lesser of 20% of taxable income or 20% of pass-through income if it meets the test for “qualified business income” (“QBI”). [I] In Louisiana, pass-through entities include partnerships, limited liability companies, and S corporations, and this deduction could potentially be a significant boon to small businesses who fall within one of these categories. The deduction itself has been the subject of much discussion, as it represents a significant change in the tax liability for businesses across the country.

But even if your business is not a pass-through, you need to be aware of the deduction.  You may wish to determine whether your business could take advantage of the pass-through deduction going forward, and perhaps, the deduction may incentivize employees to establish themselves as independent contractors, a hot topic for the IRS, and both state and federal labor departments in recent years.  Should any of your employees seek to re-classify themselves as independent contractors, this could have significant repercussions.

With independent contractor status, the former employees would be responsible for their insurance, taxes, and benefits. The employer would no longer be responsible for its share of Social Security and Medicare taxes, overtime pay, workers’ compensation insurance, etc., but you cannot contract around the law. Merely stating that a worker is now an independent contract does not make it so, as state and federal law use various multi-factor tests to determine whether a worker qualifies as an independent contractor. For example, the Internal Revenue Service (“IRS”) examines all information that provides evidence of the degree of control and the degree of independence of the worker. 2018 Employer’s Supplemental Tax Guide, Publication 15-A, p. 7. The IRS formerly implemented a twenty-factor test, but has compressed those factors into three general categories: (1) behavioral control; (2) financial control; and (3) the relationship of the parties. Id. “[N]o one factor stands alone in making this determination,” so an employer must look at the entire relationship with a worker before deciding whether independent contractor status is an option. [II] Similarly, the U.S. Department of Labor analyzes the “economic reality” of the employer’s relationship with the worker to determine whether they qualify as an employee under the Fair Labor Standards Act (“FLSA”). Under the FLSA, the total activity or situation controls, but relevant factors include the nature and degree of control by the principal, the permanency of the relationship, and the extent to which the services rendered are an integral part of the principal’s business. [III]

An employer must be mindful of all of these tests, as a misclassification under any of them could result in liability. If an employer has been found to have misclassified workers, it could be liable under Louisiana law for back taxes on unreported wages and penalties of up to $1,000.00. This does not include the potentially significant penalties imposed by the IRS, including 40% of the FICA taxes that should have been withheld and 100% of the matching FICA taxes the employer should have paid, with interest accruing daily from the date the taxes should have been deposited. A misclassification under the FLSA could result in penalties imposed by the Department of Labor, and former or current workers could sue an employer for unpaid overtime on the basis that they should have been classified as employees, not independent contractors. Before you determine that employees can label themselves as independent contractors, be sure to consult a labor and employment attorney to determine whether your business would allow for that arrangement. 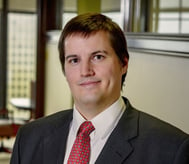 [I] QBI is determined on a per business, not per taxpayer, basis.